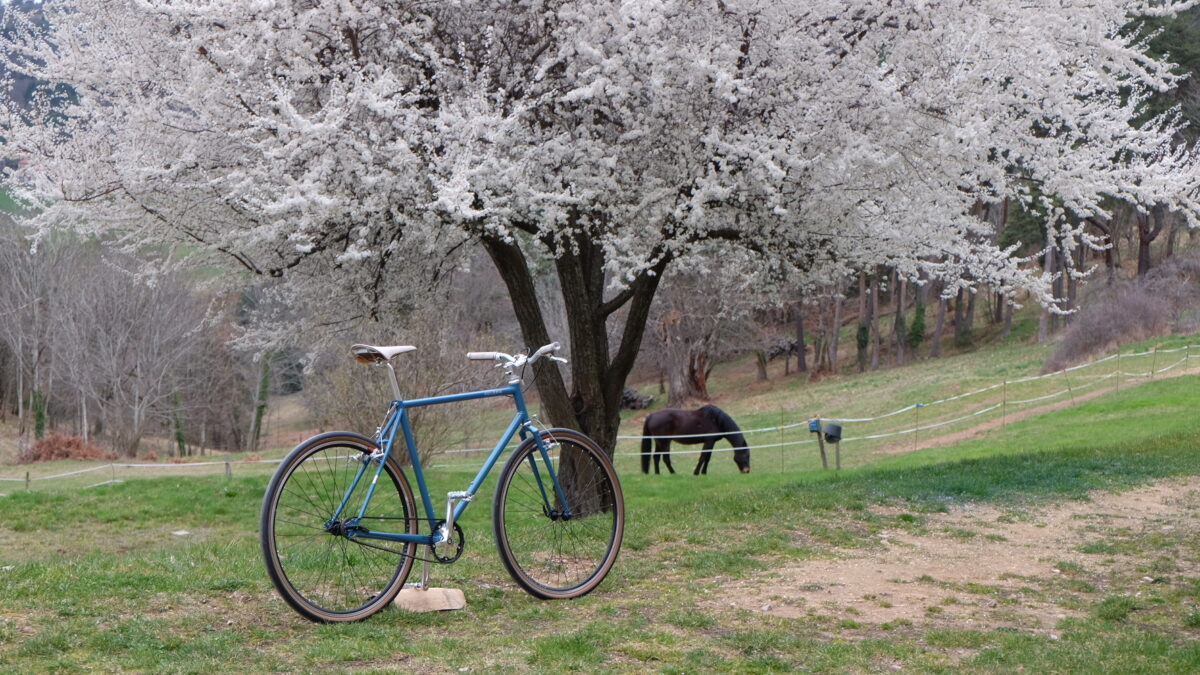 How did you first get the idea to build your own bike frame?
Good question. I’m still not sure how it came. Maybe it’s because I like bicycles, I was coming from a one-year bike trip, I wanted to build something from the design part to the final product, plus I needed a challenge. The combination of it led me to the idea to make my bike.

Why did you decide to build this kind of bike?   What do you plan to do with it?
I built 2 bikes. The first was for my brother so I listened to him. He wanted a bike for weekend rides in Paris, where he lives. I know he likes going fast, then I built a street bike with a racing geometry inspired by the Supersix evo, with 45mm tires to jump the sidewalks. The second bike is a touring bike with an aggressive position. I wanted something fun, fast, and comfortable. We made it inspired by the Synapse which is an endurance bike. We built it with Effigear Mimic housing. Effigear makes gearbox as Pinion, its workshop is 9km from my house! I wanted to be as local as possible. I plan to ride ultra races and make other trips with it.

What is special about this frame for you?
It’s exactly how I imagined it. I had ideas, and with the support of Rob, it pops up. It’s like asking a child to draw his bike and it appears!

How was your time in the frame building course?
Great! The place is full of good vibes, most of the time with good music and good coffee (depends on the machine). It’s easy to get a good connections with other students and Rob. Even though we stayed focused on our work, the time was easygoing and friendly.

How does the bike ride?
The first bike is fun and easy to ride. My brother is happy with it. Mine is not ready yet, I’m waiting for the gearbox. But I should be the first cyclist ever with a Mimic gearbox!

How did you find Big Forest Frameworks?
I read an interview of LaFraise cycles, he’s famous in France as a framebuilder. He says he learned how to build a bicycle in Big Forest courses. Then I wanted to go there.

David now has his workshop up and running in France, and you can check out his website:  ROVBAM 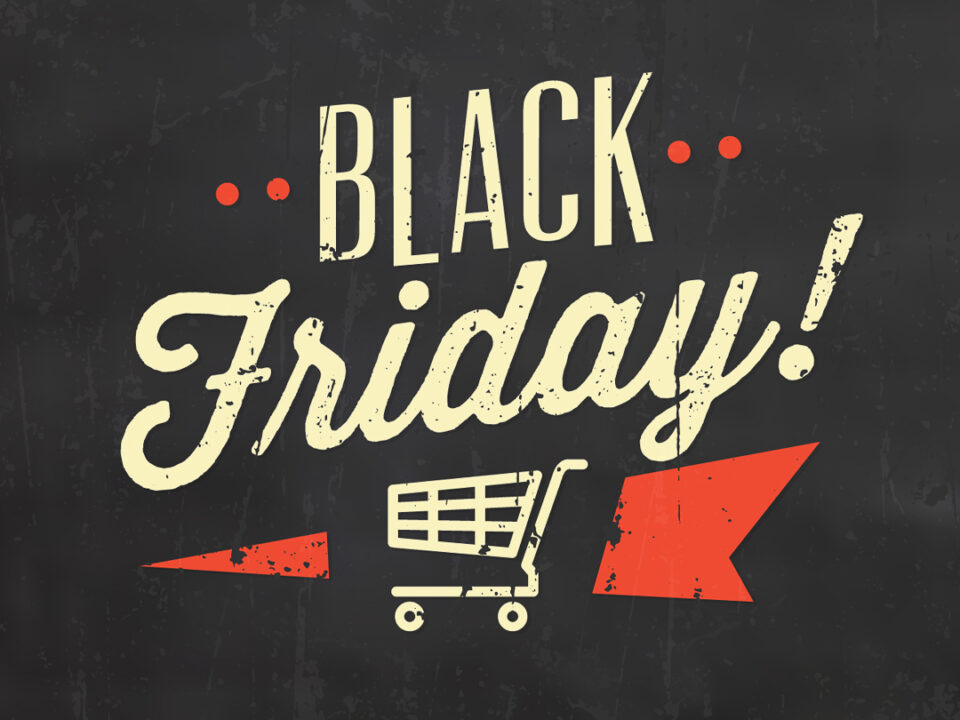 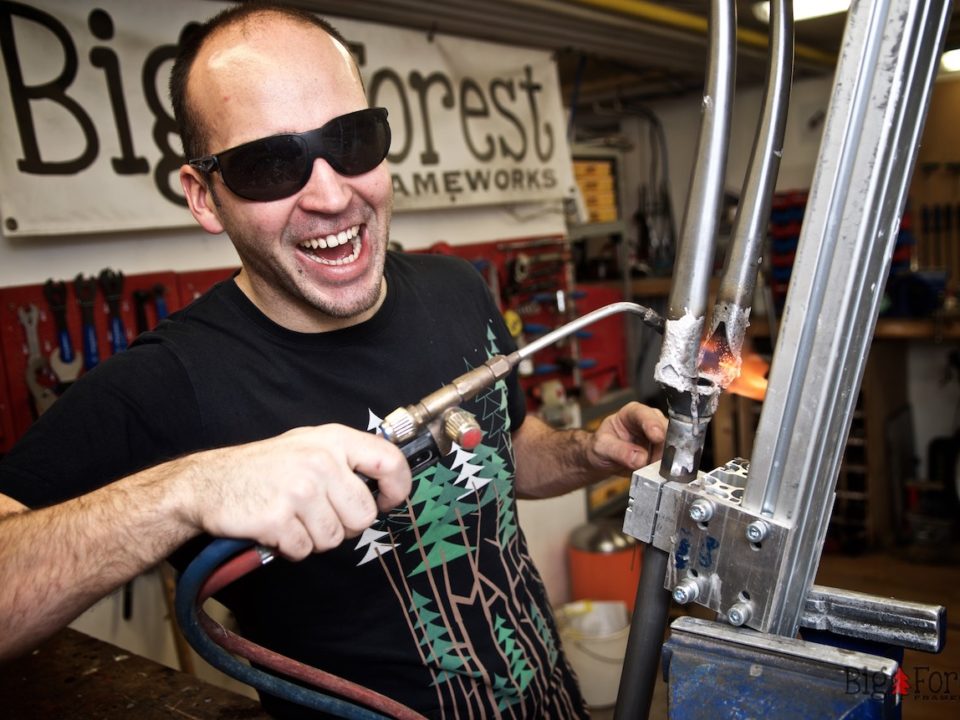 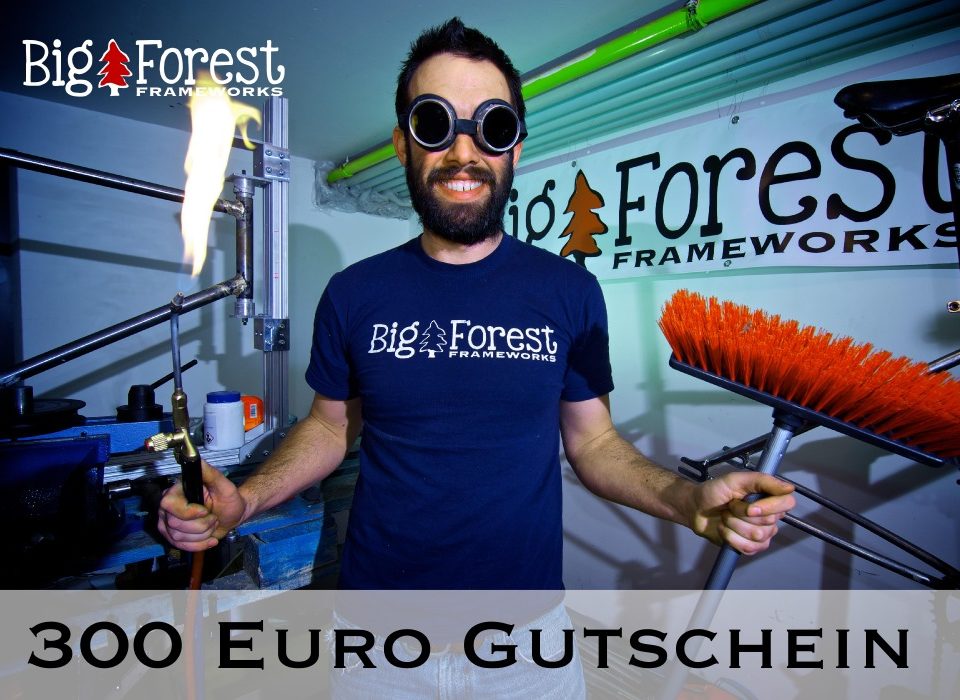